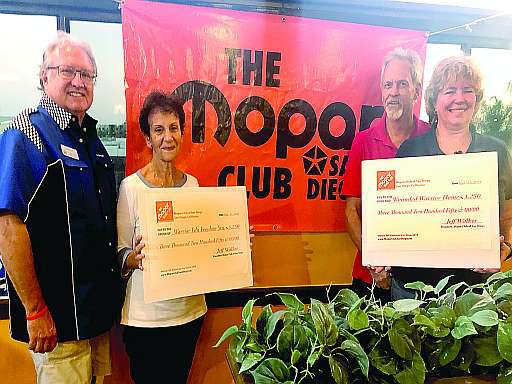 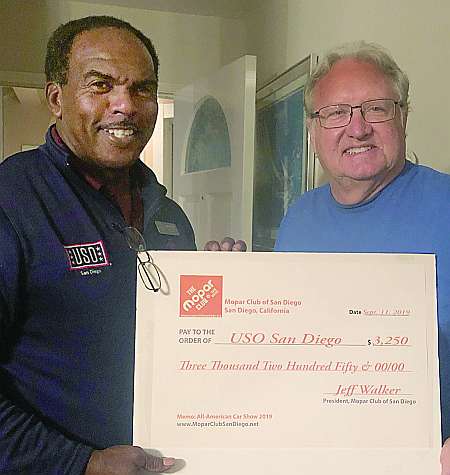 At the club’s September meeting, Mopar Club San Diego presented a total of $9,750 to the beneficiaries of the 2019 All American Car Show, held in July at MiraCosta College's San Elijo campus. The show’s three beneficiaries support San Diego military and their families: Wounded Warrior Homes, Warrior Foundation Freedom Station and USO San Diego. In just the last four years alone, MCSD has donated almost $40,000 total to these three organizations, net proceeds from the annual car show. This year’s show was the club’s 21st edition and featured close to 225 cars, plus music, opportunity drawings, vendors and food trucks. Next year’s show is scheduled for July 18, 2020, again at MiraCosta College. 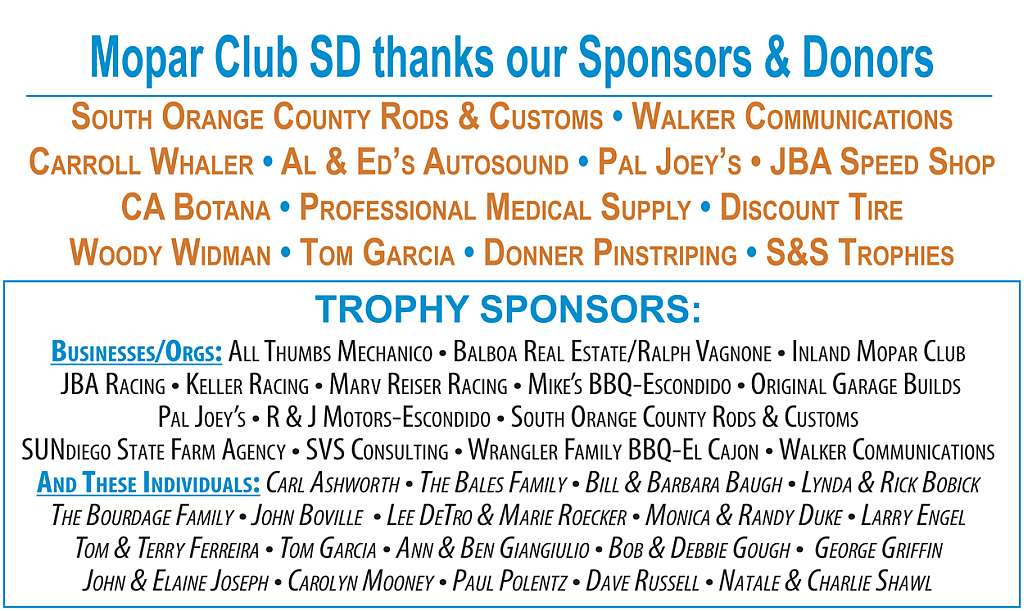 THANKS also to
all the attendees who showed their cars and to the unnamed members
of The Mopar Club San Diego who donated their time and effort to help make the show
a success. Our sincere apologies to any that we have overlooked. 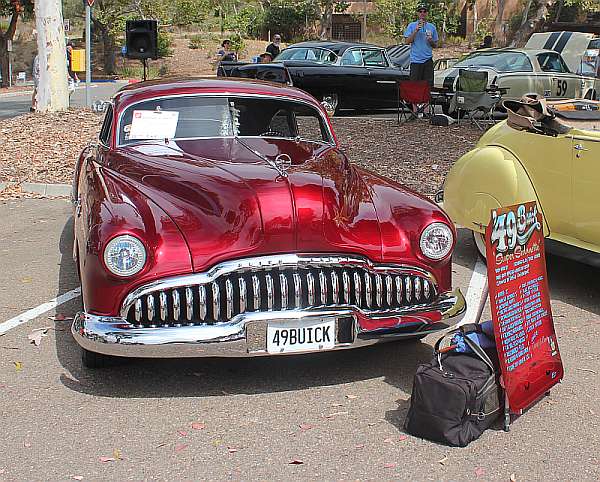